Improve Your Sense of Wellness

Delta-8 THC: What You Need to Know

The cannabis plant contains between 80 and 100 cannabinoids or natural chemical compounds. The most widely known cannabinoids present in marijuana are delta-9-tetrahydrocannabinol (THC) and cannabidiol (CBD). However, another cannabinoid called delta-8 THC has just become popular due to the unique way it affects the body that differs from both delta-9 THC and CBD.

Read on to learn more about delta-8 THC, including how it differs from other popular marijuana cannabinoids and the unique benefits of this newly popular natural cannabis component.

How Delta-8 THC Differs From Other Popular Cannabinoids

Delta-8 THC is similar, yet not identical, in molecular structure to traditional delta-9 THC. This slight difference in structure leads to the Delta-8 molecule binding to the body's endocannabinoid receptors in a slightly different way than traditional THC does, which reduces the potency of the chemical and the intensity of its effects on the human body.

Like traditional THC, delta-8 THC is also psychoactive, which means that people who consume or utilize this compound will experience a boost in mood or feeling of euphoria along with its medicinal effects.

Cannabidiol, like delta-8 THC, is also similar in molecular structure to traditional THC. However, this natural chemical does not produce the euphoria or mood boost that THC does when taken orally. Instead, it provides other health benefits, such as a reduction of inflammation in the body, pain relief, and a reduction in feelings of anxiety and depression.

Just like delta-9 THC and CBD, delta-8 THC has many unique benefits that are backed by promising medical research.

1. Prevents Nausea and Vomiting: People who suffer from chronic health problems that cause frequent nausea and vomiting may find that delta-8 helps relieve these two symptoms. In fact, a medical study showed that this cannabinoid prevented the vomiting that often occurs in young cancer patients after they obtain chemotherapy treatments when administered shortly before the sessions. In addition, delta-8 THC is believed to be even more effective at fighting nausea and vomiting than traditional delta-9 THC.

2. Potentially Slows Cancerous Tumor Growth: While there is not yet enough evidence to show that delta-8 slows the growth of all cancerous tumors, several promising studies have been performed that have shown this molecule's potential to slow tumor growth. For example, one study showed that oral intake of this marijuana chemical compound slowed tumor growth in people suffering from lung cancer. Additional studies performed on mice revealed that the molecule slowed the growth of some tumor types when combined with another marijuana component called cannabinol (CBN).

3. Increases Appetite: Medical marijuana has been known to increase the appetite of people suffering from health problems or undergoing medical treatments, such as chemotherapy, that can dampen it. While this appetite increase has long been believed to be caused by the traditional THC in cannabis, researchers have found that consumption of delta-8 THC alone also increases the appetite.

4. More Stable Than THC 9: Medical professionals and cannabis experts often extract specific cannabinoids from the marijuana plant, so people who would like to utilize just one plant cannabinoid can do so without having to consume or use all of the cannabinoids that the plant contains. When utilizing just one natural chemical in the plant instead of all of them, the desired health benefits of one cannabinoid can be more easily obtained without the unwanted side effects of utilizing the entire plant, such as sedation or anxiety. However, unstable cannabinoids are more difficult to extract than stable ones.

Since delta-8 THC is a more stable compound than traditional delta-9 THC, it can be extracted from the cannabis plant more easily and breaks down less when exposed to other chemicals and the natural environment over time.

If medical or recreational cannabis is legal in your state, then you should learn all about the various marijuana cannabinoids and their unique benefits. If you would like to obtain the benefits of delta-8 THC without utilizing the entire marijuana plant, then you can find many delta-8 products on the market today, including delta-8 edible gummies. 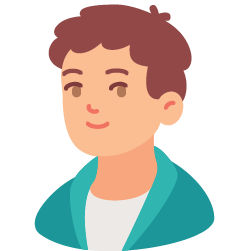 Whether you're looking to treat a chronic condition or just want to improve your overall health and wellness, natural health care can help you improve your physical and mental wellbeing. If you're new to the world of natural health care, we'll help you get started. Learn how to adjust your daily habits and routines so that you integrate more natural remedies into your lifestyle. Or, if you have questions about natural remedies you're currently using, our content will assist you with adapting your practices that they're right for your condition or concerns. Don't let a lack of knowledge prevent you from becoming your best self.